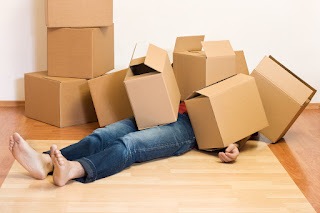 In February of 2020, I moved out of my old place where I was living in Lafayette with a roommate. I moved into a (very) small one-bedroom apartment in Richmond, and it turned out to be one of the best and worst developments of my life.

While it turned out that a lot of the friction between my roommate and I was being exacerbated by their teenage daughter (who took credit for chores I was doing and blamed their messes on me among other things), I was also just ready to live alone. I couldn't really afford living alone in the Bay Area, though. The rental prices around here (until you get an hour or more from San Francisco) are often around $2000, even for a small one bedroom or a studio.

But then a miracle happened.

A friend of a friend had a place they could rent out. A tiny two-bedroom, but they could go as low as $1000. Two daughters were taking care of the property that their father in assisted living wasn't ready to give up on, and they needed a long-term subletter.

To get the space for THAT cheap, I would have to give up some closet space and one of the bedrooms for their storage (and they would need to stop by to add or go through the storage from time to time—with notice of course), and neither bedroom was going to be big enough to hold much more than JUST my bed. But it would be my space. I would live alone.

Everything seemed perfect. I even went to Ikea and bought some furniture because I'd never really had more than a bedroom in someone else's house before. I didn't need much. The entire apartment wasn't a lot bigger than the bedroom in my last place, but I remember feeling like a genuine adult as I purchased an actual couch for my actual living room.

On the last day of my move, I was so goddamned sick and tired of putting together Ikea furniture that I just hired someone from Taskrabbit to assemble my final piece (that same couch) for me. I remember asking them if it was okay if I stayed in the other room while they worked, and they gave me a relieved "Yes."

When they were done, I held out their tip as far as my arm would reach. They stretched out and took it from me with a gratified nod at the care I was taking to keep my distance.

You see…..that day and the day before we had been getting lots of scary news about a new disease that had started overseas and was showing up all over the United States. No one really understood how exactly it transmitted, but smart money was on washing your hands and staying well out of anyone's way who you weren't sure about. I didn't know it at the time, but the very next day after my Ikea couch got built by a worker from Taskrabbit and I became "officially" settled into my new place, California would begin to have executive mandates trying to flatten the curve.

And that's how I moved into a new place, all alone, at ALMOST exactly the same time that shelter in place started.

It was a great apartment. I loved it. I loved being independent. I loved cooking at two in the morning. I loved going out at 4a.m. for a run. I loved how I could watch TV in the living room until my eyes bled and no one would say boo to me. I loved having company without having to check in with anyone. I loved the alone time.

The place was tiny, and my writing desk/office was squished over in the living room within touching distance of the TV/entertainment center, but it was MY space.I barely got all my clothes in the closet upstairs, and my bed was so big in that tiny bedroom that it left little more than a food-wide ribbon of floor around its edge to maneuver, but I walked upstairs every night to go to bed enjoying the feel of having a bedroom separate from where I was always hanging out. I would turn off the TV and go over to the writing desk and do some work. And some days I would wrap up writing and scoot over to the OTHER side of the desk, open my gaming laptop, and play video games for hours. There was no garbage disposal or dishwasher, but the messes were always mine.

It was a little out of the way for the Bay Area, and I couldn't really get ANYWHERE I wanted to go without a twenty- to thirty-minute drive, and technically it was one of the worst neighborhoods in the entire area, although it was tucked into a village that was an oasis of low crime and great neighbors and was blessed with being close enough to the water (albeit on the other side of a train yard one way and an industrial district in another) that gave me marine layer beach weather all year round.

It was perfect for me, my eclectic lifestyle, my ADHD, and my impulsive nature.

Due to the timing, though, it also became my prison. I couldn't really go anywhere. I couldn't really see anyone. I couldn't really do anything. For eighteen months, I was either taking care of a couple of kids I was in a pod with, or I was in my very perfect apartment, staring at those four walls, quietly and inexorably losing my grip on my mental health. I got a day's visit once every couple of months from a partner when I had a dental or doctor's appointment and had to quarantine anyway, and I clung to online D&D games, and facetime calls of loved ones. I couldn't leave to get a change of scene to write. My clients were so worried that they demanded stringent restrictions from me if I was to keep working—during that surge in late 2020, I even had to forgo going to the store for a couple of months.

Despite my begging for a more spread-out schedule of a few hours a day, my clients really wanted a night off each week and a morning to sleep in (plus a night of good sleep where I could sleep with the baby); therefore, my default schedule became this like 26-hour block that started on Wednesday and didn't end until the next Thursday. Many weeks, that was my only childcare schedule.

And then I went home…with nothing to do until the next week… Five and a half days of just hanging out in those three rooms. I would cook. I would watch TV. I would play video games. I would read. But…eventually it wasn't enough. I keep pretty good company with myself, and I can introvert for weeks before I start to notice that I'm missing people, but as the months rolled on, I began to get desperately lonely.

It didn't take too long before I stopped wanting to cook. It didn't bring me joy or pleasure anymore. I stopped being interested in video games. I stopped reading. It would take me hours and later all day just to do thirty minutes worth of writing. I would put the TV on some show I'd seen before (for background noise more than anything) and I would just…be there. I tried to get things done but they wouldn't get done. The TV was on. I was there. But the hours just slid by as I tried to summon the will to do something…to do anything.

March 2021, I met someone. We clicked HARD. Our compatibility was impossible not to notice, and our ability to be around each other for prolonged periods without straining our rapport was solid. We both had similar long-term financial goals. We both wanted the same things out of a relationship. We really really REALLY liked each other.

And within only about five months, we were solid on moving in together. The logistics would work. The finances would REALLY work. And we got along SO goddamned well. And while there have been some adjustments going from living alone to living with three people (including two children—one four and one ten), putting that aching, desperate loneliness in the rearview has been a "no regrets" decision.

I'm back into a little room. I don't cook at two in the morning. The living room TV, with two smols about, is no place to watch Supernatural. I tend to wake up to the pounding feet of the four year old at six in the morning, which means I'm tired as soon as ten these days and my regular schedule of writing deep into the night and sleeping from 3-11 has been replaced with careful time management. My king-size bed had to go, and while I'm planning some kind of alternative, I'm currently sleeping on a twin with a rollaway made for kids.

But I'm cooking again. And reading and playing video games again. And these days it's taking me about an hour to do an hour's worth of writing again.

On September 13th I packed up the last box of random shit (that didn't fit in any labeled boxes of anything else), filled the last bag of trash, swiped the mop over the floor once more, and turned out the lights for the last time.

Good-bye Richmond apartment. You were a perfect little place at the absolutely, perfectly wrong time.