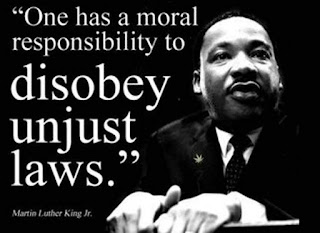 MLK would not have hugged this out. MLK would not appreciate All Lives Matter. MLK would not have been a big teddy bear spewing platitudes about equality that make us feel good about doing nothing other than thinking burning crosses is bad, not using the N word, and waiting for the "arc of history" to do the hard work for us.

Because he DID do all that stuff.

Please let's quit loving him because of the one sound bite from the "I have a Dream" speech and that love/hate quote that sounds so cuddly.