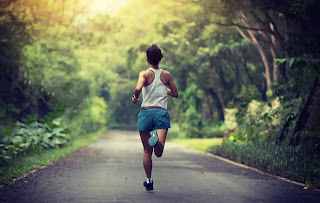 40 miles in one week

I checked out some marathons coming up either late 2022 or early 2023. (I have until Feb 2023 to reach my goal), and I've got a couple that might work and aren't too far away. However, I'm getting into the territory where I'm going to have to think about starting one of the 16 week training regimens to prepare. Most of those take away your "rest" day and replace it with a slow and short run (three or four miles), so that's the next major change coming up. With childcare three days a week, that's going to mean really early runs.

Still the weather is turning here in the East Bay anyway, and 90s (low to mid 30s celsius), and it feels like running in an oven most days. Mornings will pretty much the only time it's not going to be miserably hot anyway.

That fifteen miles really slowed me down for a while.I am not the young man I used to be despite my epic cuteness. I had stiff joints for almost two weeks after every time I started. The last couple of weeks have been a lot of slow and easy runs between three and seven. It'll probably be a while before I get ambitious and try to do the 17.

I'm still making a lot of beginner gains all over the place, and learning some of the philosophy of training (who knew easy runs were going to be so much of my total?), but I'm still on good track (get it?) to do that marathon in under five hours.

Email ThisBlogThis!Share to TwitterShare to FacebookShare to Pinterest
Labels: Running