Running Report (Such As It Is): A New Beginning 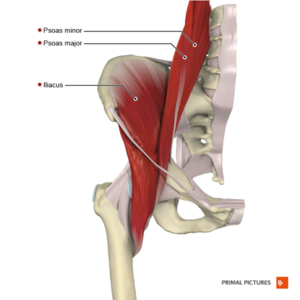 Back in May, I threatened to start a whole new series of articles about my running goals. My cancer recovery—physically, mentally, and emotionally—was closely tied to running. I was burning off anxiety, processing trauma, and getting my body back into shape.

Then I injured my hip flexor.

I was trying to do a half marathon. Not an actual official event, but 13.1 miles around the neighborhood. I did it, but not without feeling the last couple of miles really kicking my ass. Naturally, I thought I was just sore from running that far.

Unfortunately, I didn't know how a hip flexor injury would present. If you've never had one, it feels a lot like you just overdid it a little. For the first few days, I thought I was just a little stiff since running could work out the soreness. A little ibuprofen and a warm-up run and I seemed to be fine. It was like two weeks later when I was feeling the pain from just walking (and after two days of rest) that I realized I was injured and not just sore. I probably did more to injure myself trying to keep running than I did with the half-marathon itself.

Hip flexors are notoriously grumpy muscles and heal on geological time. A really good injury can take a month or more.

Shortly after posting the first of what was intended to be an ongoing series of running milestones, I took a six-week hiatus from everything but gentle walking. At the end of those six weeks, it was slow runs of short distances, walks, and easy hikes.

I've been working up my distances slowly. When I am EXCRUCIATINGLY careful to keep distances lamentably slow, warm up and cool down, and stretch out thoroughly before and after a run, I'm able to keep running and, with GLACIAL slowness, add distance and speed. But anytime I step out of this discipline…any time I do an extra mile on the weekend or jump right into a run because I need to take the five-year-old to school in 30 minutes, I end up hurt and taking a few days off to heal.

So I've had to reevaluate some of my running goals—perhaps most poignantly, my goal to do a marathon this year…or even next year. And all those really cool milestones that I was posting about are basically reset. Now, instead of hoping I can break seventeen miles in a single run, break forty miles in a week, or get under a 9-minute mile on a run over 5 miles, I'm excited about doing three miles without a flare, hoping that I can edge it up to 3.25 next week, and calling it a win if I don't have a flare.

Running is still my salvation. It's still the place where I find a deep moment to myself, and it's a place where my mind starts out chaotic and falls into order—something I can't even accomplish when I sit down to write. I'm just going to have to move on my goals a LOT more slowly than six months ago when I was starting to write goals don't.

I'm going to keep posting here, but just remember that I've kind of reset and had to reevaluate….well, everything.

Email ThisBlogThis!Share to TwitterShare to FacebookShare to Pinterest
Labels: Running