The Sum of Our Parts 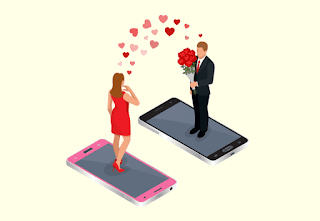 If you ever want to understand the concept behind gestalt psychology (that the whole is greater than the sum of its parts) get an OKCupid account, answer a bunch of questions, and then spend a few days checking out your high matches. I guarantee you will feel instantly both seen and understood but also strangely atomized into useless piles of meaningless homogeneous components.

Perhaps I should back up just a tad....

One day, many years after a terrible break up, I woke to the realization that all of my relationships were long distance or involved people who were married and had very full lives already. Meanwhile, I spend most Friday nights watching old Star Trek shows and cooking for one. I decided to try to find if there was someone polyamorous, close, and available ENOUGH that they might want to join forces to take down The Legion of Doom.

So far, this involves poking at OKCupid and scowling a lot.

One of the weirdest things about OKCupid is how it both knows and doesn't know me. It quickly gained a sense of the important component parts that make me up from these questions I answered. It successfully knows what I like, what I don't like and (for the most part) what would be deal breakers*. However, what OKCupid doesn't seem to understand how those things work together. It pulls these aspects of apart when it's showing me matches.

*Of course, I'm talking about the algorithmic searches. The recommendations they send me are comically bad––like that well meaning family member who just DOESN'T GET IT. "No Aunt Martha, I'm pretty sure a 64% match monogamous lesbian and me aren't going to hit it off. I just have that feeling."

See I have many things that make me who I am (values and interests and passions), but I am not just those things. I am more than the sum of those parts. What is also important is the way those things COMBINE AND INTERACT and exist in a rich, nuanced, and vital air/fuel mixture. When they are pulled apart, I find myself intensely uncomfortable. Any one ingredient in my "special blend" taking over creates something that I am actually actively uninterested in. The way their algorithm works, unless someone is OPPOSED to another part of my persona, they show up as a high match because we "get along" so well in the one aspect. I'm talking mid-to upper 90s.

There are artists, but they are so artsy, they don't DO mainstream media. They are apathetic to politics. They have dinner parties, drink wine, argue about dadaism and seek out artsy experiences.

There are contrarian activists who are unwilling to see anything that isn't independent film, who never watch Netflix, never play video games, and never spend money that they think would help a capitalist.

There are spiritual existential thinkers who are so love-is-all-you-need that they're about to float off the Earth and evolve to rejoin the solar wind or something. They don't want to hear about how angry social issues make you (especially not if it's about their cultural appropriation of "exotic" religious iconography), because they're just too full of love and harmony for that negativity.

There are these entrepreneur go-getters who are going their own way and carving their life out in a world that loves people to punch a clock, but they have exactly zero time for politics, movies, mainstream media. If it's not improving their outreach or landing them a client, what is even the point?

There are geeks and nerds who love the MCU and video games but who hate how "everything is political these days" and think feminism has "gone too far."

There are those wary of government power.......so wary that they have become libertarians, and think that everything they have was earned. That no advantages exist because they are white, have intergenerational wealth, or benefit from roads or an educated citizenry.

I am all these things.

But I am none of THESE things.

There isn't a thing on here, I don't consider a part of me.  Every single of these is something I'd consider important to who I am––vital even––to SOME degree. But pulled apart, I find these people horrifying. Disengaged, uninteresting, vapid, and often extreme to the point of caricature. Without nuance. Like enjoying vanilla in baked goods vs. enjoying drinking vanilla extract. Without the other aspects in that perfect mixture that blends, combines, synergizes, and limits any ONE part of me from being too much, I find the singular aspects....well the opposite of romantically tempting. But OKCupid just assumes that we'd get on like a barn fire.