It's Always Okay To Trash The Left 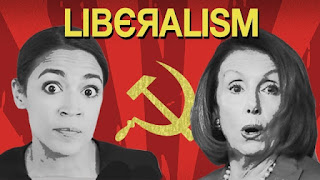 What I've learned from watching US politics closely for 30 years is that the left is always a fair target.

Whether you ask a Republican, a moderate Democrat, or even a liberal, whatever is to the political left of them is fair game for the worst sort of derision.

The right has to be respected, coddled, the beneficiary of bridges and aisle reaching. Ever wooed. Don't spook them.

Even the far right (until you are pretty far to the left yourself) must never be simply dismissed. EVER. The Far Right deserves a place at the table. It deserves our understanding about what happened. What "traditional values" and “deep-seated anxieties" have led to this? How dare you simply write them off! They are humans too! Bring on the nuance!

The GOP supporters and leadership have basically decided that it's no biggie for Donald Trump to use the powers of the presidency to run an illegal extortion scheme with Ukrainian aid in an effort to affect the outcome of the 2020 democratic elections. But most people in the middle, including the media, will calmly advance a "both sides" narrative and never be willing to talk about how this is not normal––even for Republicans.

The left, though? Open season. They’re all ridiculous. Socialists. Commies. Social Justice Warriors with their absurd identity politics. Out of their minds. Always okay to lampoon. Simultaneously absurd peace and love hippies with no sense of a dangerous world and violent antifa who clearly skipped tolerance day at liberal school. You can barely even talk about Nazis marching in the streets and plowing cars into their ideological enemies without taking a moment to make sure that everyone knows you are just as upset with those bad actors on the left. The left is always okay to mock.

Of course in parlance, it’s really only the "FAR" left that is acceptable to sneer at, but that is Hillary Clinton depending on who you talk to, and not Sanders or some leftist politician (the likes of which the US actually doesn't have), which is probably part of what's going on here. The "far left" is a moving target that has been deemed okay to make fun of, so it is used by everyone from Breitbart talking about Obama to Pelosi talking about Alexandria Ocasio Cortez. Or Joe Biden talking about almost anyone he’s running against (except maybe Buttigieg). It simply becomes the label that is slapped on anyone to the left right before the aspersions start.

Democrats, even deep blue democrats who are self-identified liberals don't have any compunction taking shots at anyone to their left. Left wing pundits are completely fine deciding that the contingent who tried to talk to them about ableism or fatphobia were all from the fringe lunatic wing of moonbat patrol. Liberals don’t demand that the far left get a seat at the table or that we should try to understand what deep-seated anxieties they face. The "far left" gets viciously scorned. In a 4-million popular vote blowout with an electioneering conspiracy by a foreign government (and all but absolutely provable collusion), they'll look to their left and blame identity politics for electing Trump.

The far left even takes shot at the OTHER far lefts that it doesn't get along with. Democratic socialists will try not to get any REAL socialism on them. Social progressives take shots at anti-capitalists. Leftists take shots at neoliberals. (And I'm left wondering if that's not exactly working as intended.) The left doesn't have anything even CLOSE to the kind of knee-jerk, automatic, predictable, overwhelming, finger-wagging response that goes on if conservative positions are dismissed outright as simply being absurd.