Me: Wait, why do I have a window open to some comment about the immorality of physical violence in the formation of nation-states? Why am I reading this while I should be writing? 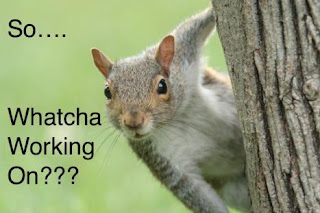 My brain: Because you were listening to your "Because you wanted Moana but also some other stuff."

Me: You're going to have to walk me through this one.

My brain: You were listening to Moana on a loop, but you got a little tired of it. Not so tired that you wanted to listen to other things, but tired enough that you wanted to intersperse other things into your Moana experience. But manually changing the song back and forth meant meant closing your writing tab every couple of minutes. So you turned on your soundtrack genius, and just started skipping songs you weren't into since that just takes a click. "Soundtrack" genius picks gave you Braveheart. Not the regular soundtrack, but the one with all the voice-overs called Additional Music From Braveheart which you bought because you're a big nerd who loves that soundtrack. You started reciting, along with the song, the last line to yourself in your best Mel Gibson-being-Scottish accent. ("They fought like warrior poets.") You wondered what really happened at Bannockburn since "historians from England will say Robert the Bruce's voice over was 'a liar'," Googled it, read up on the Wikipedia––WAY different––and like a COUPLE other things, and then found, on only the second or third page of results, an interactive map, and somewhere between "can't look away," "distracted by other people's emotions," and this idea that as a writer you have to occasionally "experience the malevolent aspects of the human condition," you scrolled down to the comments, which––being internet comments––did not stay on the subject of Bannockburn, but became a shoehorn for some white dude's freshman political philosophy ramblings.....

....all while you should have been writing.

Me: I miss our ADD meds.