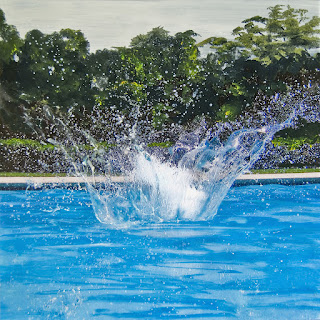 Somewhere in Cyberspace. Modern Day. Pierce and Norm are chatting.

I'm trying to come up with a joke about our current administration. Particularly the leader of the Republican party.
NORM

Well, he's put kids in cages. Memos leaked that the treatment of asylum-seekers was intentionally cruel to act as a deterrent. He has congratulated dictators, held back military aid in exchange for personal political gain, he is so insecure that he attacks his political allies who don't fellate him, sixteen-year-olds, and dead people on Twitter. He has abandoned our allies. He is behaving so exactly like Moscow would like him to that it's there's actually a pretty good case for him being a Russian asset––including doing absolutely nothing about the fact that they interfered in our elections. He obstructs congress, can't go a week without a constitutional crisis––to say nothing of just plain scandals like voicing support for dictators and ignoring journalists killed because of trade deals––, has clearly surrounded himself with criminals, and is an international embarrassment. He basically blew off the emoluments clause and any transparency around it, puts up staff in his hotel at cost like he's running a grift, is a walking ethics breach, and can't seem to cross the room without accruing some corruption charges, which isn't surprising since his understanding of the government that he runs clocks in at a bit under what an 8th-grade civics class would cover. He attacks any institution that besmirches him, no matter how integral they might be to a functional democracy. Not to mention that he hasn't fired a white supremacist on his senior staff, calls Nazis very fine people, is openly racist, misogynist (including a self-admitted sexual assaulter), and homophobic. And he's running a trade war with tariffs that Americans pay for, based on nothing but his demonstrably wrong ideas about what tariffs even are, what they do, or who pays for them, all essentially to assuage his ego about zero sum "deal making," which he is notoriously terrible at if he is not already the boss. He extrajudicially murders high-ranking foreign statespeople without a clear or present danger. He has now spent more of the taxpayer's money than the auto bailout just to keep farmers from losing everything, even though basically every mainstream economist says he's tanking the economy. If his lips are moving, he's lying. He has gutted decades worth of regulations set up to help people who don't have a billion dollars or a corporation with which to defend themselves, and he is a reprehensible character of breathless moral turpitude. He engages in outlandish nepotism, not so much draining the swamp as bringing in a giant hose and pumping the bilge directly into it. He has emboldened a new era of hate crimes, naked bigotry, and cruelty as the ends itself, all with Republican culpability. And that's before even cracking open his personal history of fraud, tax evasion, and credible rape accusations. If I believed in evil, this administration would be it.

I'm going to make fun of how he looks and suggest he has a learning disability.

That joke was clever, Pierce, but perhaps consider that it reinforces taboo and negative stereotypes to others who share said characteristic but are not themselves terrible people like the person you are trying to laugh at–at least not BECAUSE of this characteristic. Plenty of people with bad hair do not employ white supremacists. Plenty of people with small hands are not holding up foreign aid contingent on their personal political benefit. Plenty of people who have learning disabilities do not place children in cages to try to deter those seeking asylum. Perhaps we should retire such humor in favor of better, more precise, humor that really gets at the terribleness instead of skipping past the terribleness to focus on looks or smarts. Surely accurate jokes can be equally titillating.


PIERCE
No, Prudence, I'm sorry. We have a moral obligation to make fun of him. And since he himself is sensitive to his looks, it must be in that way. There can be no other guiding star. Because my intentions are to harm only him, my impact will not matter. That is how life works when one is particularly odious, and truly deserves mockery. Their pain subsumes all other concerns.

Scene 1
A living room. Modern day. Mark is in the middle of the floor.

MARK
For all that he is and all that he is not, it is the characteristics he shares with me––the unalterable circumstances of my birth––that they find most disagreeable. Not the pain he inflicts or his dubious choices or his bigotry or his moral turpitude, but instead his appearance and his ability to process information. THAT is where their spurs land. That is what they find worthy of mockery. I can only conclude that who I am is worse than all these things combined, for it is the traits I share and not his willful behaviors that have become the insult.

I shall internalize this. I shall never forget the lesson I have learned this day about how much people who look and think like me are valued. And I am now in pain.