No More Speed Limits for Trump (The GOP's Moral Failure) 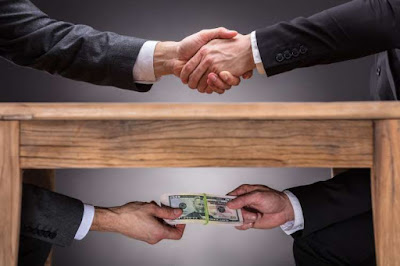 I learned to drive in Santa Clarita Valley—specifically Canyon Country, its south-easternmost town. These days, you can find it on a map just north of Los Angeles, but back when I lived there, even the main drags had huge swaths of undeveloped land between a peppering of strip malls and housing tracts, and I had to explain it to most people by saying "it's near Magic Mountain." Learning to drive in Canyon Country was a swift lesson in Things Law Enforcement Didn’t Really Care About™.

They didn’t care if you sped on Soledad between Sand Canyon and the McDonald’s unless you were clearly doing over 75.

They would almost never enforce rolling stops except for on Whites Canyon, Soledad, or near this chunk of the town where all three schools were within spitting distance of each other. (You might have to really wind up to hit the middle school.

And if you were on Bouquet Canyon Road or Sierra Highway between Santa Clarita Valley and Palmdale, you could go as fast as you wanted. There was a posted speed limit of 55. But it didn’t matter. They never gave out tickets in the stretch between cities. And everyone KNEW they never gave out tickets. So drive as fast as you want. It may as well have been an autobahn.

Because laws that aren’t enforced don’t really matter. Something can be "technically" illegal, but if it is never enforced, it doesn't matter.

Trump’s acquittal, while absolutely the most predictable thing since Shutter Island, is now a lesson that there is no consequence to a sitting President using their power and authority to withhold congressional foreign aid at gunpoint in order to coerce other nations to interfere in U.S. elections. Further, it is okay for the executive branch to arbitrate whether or not the constitutionally mandated powers of the legislative branch are “valid,” and to completely disregard them if they wish.  Not “okay” of course. Everyone agrees that Trump did something wrong. But there will be no consequences.

It’s piss-obvious what happened. Trump withheld foreign aid from Ukraine in order to get them to announce an investigation into a thoroughly debunked theory in the hopes that the mere hint of impropriety would change his personal political fortunes against a rival he was losing to in the polls. (Naturally the “perfect” phone call the White House was a lie. This President lies. He lies a lot. He lies about shit that has been proven wrong on camera. But why should that stop the party of family values from treating him, from a sociological standard, more like a cult leader than a politician.)  In fact, it was SO obvious what happened that the Republicans essentially had to change their strategy in mid-stream. They had started by claiming it was about a deep and abiding concern for corruption (a claim betrayed by the timing, the conditions put on the money, and not to put too fine a point on it, but the fact is that this administration has yet to meet a corruption it didn’t like), but by the time Bolton was confirming the entire story and that it was actually even more corrupt than the initial investigation revealed, and GOP senators were breaking ranks to get to the truth, suddenly the entire argument shifted to “Okay, okay. What he did was wrong, but doesn’t meet the standard of an impeachable offense.”

Literally “He did it and we all know he did it. And he lied about it repeatedly. And it was wrong….and totally illegal. And he knew it was wrong when he was doing it. But since the Constitution is vague, we can pretend that it wasn’t so bad he should be removed from office.”

Lawyers even said that anything Trump did in an attempt to get reelected wasn’t impeachable because Trump thought it was in the country’s best interest. Give that a moment’s thought if you haven’t already. Have you EVER met a politician who thought that their election was NOT in the best interests of their constituents? This is literally arguing that ANYTHING a sitting President does—bribery, extortion….treason––is all okay so long as it furthers a reelection they “really” believe in.

Republicans have had a little “ends justify the means” problem with what they claim are their moral principles for quite some time now, but that sound you heard was millions of eyes going wide as it is still apparently possible to shock the rest of the country by just coming right out and making it your official defense.  Marco Rubio took it even a step further: ”Just because actions meet a standard of impeachment does not mean it is in the best interest of the country to remove a President from office….”  If you unpack that, it’s basically, “Yeah, Trump broke the law and it was ethically bad enough to remove him, and we probably ought to, but I’ve decided not to." (Curiously, this might be the only stance that wouldn’t be reprehensibly hypocritical should a Democrat turn around and do the same thing in four years.

Of course there was never any doubt that this would happen. The Republican leadership was transparent about how impartial they WEREN’T going to be. When Trump was impeached, Mitch McConnell said he was going to do everything he could to help the President (until he realized those optics really sucked and then got all solemn and promised to do his impartial duty…..which just happened to involve doing everything he could to help the President).

The only moment that wasn’t utter, farcical Kabuki theater was when three senators broke ranks in wanting to hear from witnesses. Two were whipped back into line, probably with the threat of losing RNC funds (and if you’re slightly conspiratorial, both may have been putting on a “show” that McConnell agreed to ahead of time because they need to be seen as somewhat open-minded in their battleground states). The only holdout (Romney) was uninvited from CPAC. He’s being “punished.”

Republicans with the SLIGHTEST interest in finding the truth, never mind doing their job, are being “punished."

So the message is crystal clear, now Trump knows he can go as fast as he wants.

The legislative branch has essentially said that it’s okay if the President abuses their authority and holds up the funding CONGRESS allocated to fetter it to political favors. They’ve said it’s okay to enlist the aid of foreign countries to interfere in our elections. They’ve said that it’s okay for the President to ignore the separation of powers outlined in the Constitution and “decide” if a given congressional investigation is worth cooperating with. And if that President decides that it’s politically inconvenient or they don’t like where it’s going, they can just tweet “witch hunt” enough and ignore subpoenas en masse.  Far from mere “executive privilege” on a case-by-case basis decided by the courts, it is okay if the President deems something Congress was given the power to do as unimportant, it’s okay to just ignore their authority.

Well….not OKAY, but there won’t be any consequences for it.

Not a raised voice. Not a “Shame on you, Mr. President.” Not a non-binding resolution of censure. Not one finger wagged.

We all know what kind of frenzy we’d be looking at if a President with a “(D)” after their name had done half of this with an opposition Congress. We would be seeing an assiduous understanding of the “DUTY” of Congress, a keen grasp of the separation of powers, and a clear, lucid articulation of how ignoring subpoenas en masse was an irreverent mockery of legislative authority. Republicans bringing fidget spinners into chambers and railing with their grandstanding time that they can’t even GRASP what Democrats are on about is the worst sort of bad-faith partisan hypocrisy imaginable….which might matter if today’s GOP had shame.

Those who are worried about what happens now are not being hyperbolic. It is as bad as they’re worried it is. The Senate GOP closed ranks and sold out the interests of the American people to protect its party leader. In doing so, they were derelict in their duty to protect the legislature from executive attacks on the Constitution and that document's mandated separation of powers ("checks and balances"). They handed the keys to the President to ignore the rule of law because their political fortunes are all linked and among them they don’t have enough vertebra to form a single entire spine.

There are no adults in the room and the temperance we were assured Trump had behind his bluster never manifested.

Will Russia’s help be directly enlisted now? No more games. No more red-faced, flying spittle insistences that there was no collusion. Just a transparent series of strategy meetings in exchange for sanction lifting that no one will even bother to try too hard to hide. What about if Trump just starts granting political favors to Republican US state governors who will promise to close a few key polling stations, scrub some registrations, or pull some strings? (Swing states are won and lost by fractions of a percentage. It wouldn’t take more than one voter out of 200 being affected to make a difference.) What if he agrees to trade deals in exchange for campaign funding? What if he just decides to go with the play that works and suddenly it’s pay to play on US foreign aid? (You want that humanitarian aid that Congress has allocated to you? Pick the Democrat you’re going to be announcing a corruption investigation into.) Every nation could be secretly investigating a different democrat. And what if he decides to skip subverting democracy and goes straight for attacking it. ("I have decided it's in 'the best interests of the country' if we postpone the 2020 election until this contentious time has passed.") It’s not like it’s even terribly difficult to imagine Trump tangled up in any of these scenarios.

And perhaps more to the point, now the President can do any of these things so long as the opposition Senate isn’t anywhere close to a 2/3 majority.

It’s illegal, but it’s not like there’re any REAL consequences.