It's Bigger Than "A Simple Geography Mistake" 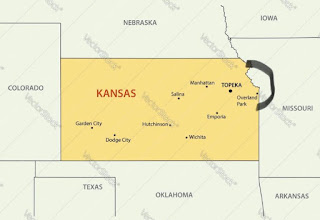 Of course, everyone makes mistakes. Of course not everyone is fully versed in U.S. geography. Of course I'VE "ever made a factual error on social media." But before you dive in like Dean trying to take a bullet for Sam and run the "liberals are mean and just look for any excuse to be mean" play right off of page two of your playbook, I'm going to remind you of the Tan Suit News Cycle That Wouldn't Die™ so sit there for a second and shut your fucking hypocritical waffleslurper.

Do I care that someone doesn't know where a football team comes from? I have a pretty active imagination. I make my money by being creative. And I still have a difficult time picturing myself caring any LESS. I didn't even know who was playing until yesterday, and the only reason I know where one of the teams is from is because I could spit and hit the stadium.

But I do care that this is emblematic. I care that the President of the United States just pops off whatever is on his fucking mind and it is the official communication of the office. Today it might be a low-stakes error about where Kansas City is (or where the team is from if you believe the first "wave" of defenders that of course Trump knew there was a Kansas City in Kansas), but tomorrow it might cause a foreign policy disaster. He doesn't even lean over to someone (anyone!) and say "Hey, does that look good to you?" He doesn't double-check things. He doesn't make sure he's right...or even that he's spelled hamburger correctly. Because he's been alive for over seven decades and still hasn't realized that he has the capacity to be wrong. He's playing fast and loose with his fucking cell phone like he STILL hasn't realized there are consequences.

(Partially because there never are.)

I care that he's a constant national fucking embarrassment. This isn't like my friend making a mistake and me being an asshole that says "Haha! You don't know U.S. geography!" (You have my permission to smack me with a trout if I ever do this.) These aren’t off-the-cuff remarks. This is the President of the United States on official communications who regularly doesn't bother to fact check, get a second opinion, or even proofread. He doesn't treat his job with any sort of veneration or respect. (He only demands these things for himself personally.) In ANY other job, that sort of behavior from an outward-facing representative of the entire company would be considered egregiously unprofessional. CEOs have gotten fired by their boards for not being careful with their PERSONAL social media, never mind the company's official accounts. But you want me to LOWER the bar if it's POTUS?

I care that he makes mistakes like this all the time, but still fucking thinks he knows everything about everything. If this were the first boner, I'd be in line to defend him. But he doesn't grow and develop. He doesn't evolve. When I misposted a couple of articles in a one-week period (they were both over two years old, not current), I was mortified. Now I check the date EVERY time. He HAS no such shame. He just gets pissed off at the people who tell him he's wrong. Which means he goes on being wrong and making mistakes and not learning......and that, I very much DO care about. He should have a social media team, but he doesn't care that he makes factual errors, retweets Nazis, or undermines years of policy when does it all himself.

I care that he literally cannot admit error. The man wrote a tweet with a meaningless collection of letters that is now an international joke, and instead of saying "Yeah, I need to stop going to bed with my phone," or something that literally every human being would relate to, he tried to play it off like he would later reveal the super secret meaning of his "absolutely intended" gibberish. He uses sharpies on weather maps rather than admit he was using hours-old data and should have double-checked. He has no ability to admit that he is a human being capable of error. He only knows how to double down. That's not a LITTLE problem.

I care because he's NOT going to admit he was wrong about this. (He deleted the tweet. That's about as close as you ever get.) And whether he influences them or was simply chosen as their paragon avatar for his powers of truthbending, he now sits on the throne of a group that will defend his absurdities to the last. Even now––even after he deleted the posts––they are out there saying that the team is "basically" from Kansas. This behavior came from a place that can't admit fault or error. An entire political movement exists with whom FACTS DON'T MATTER. They would rather insist on "alternative facts" and defend what would have been perfectly-understandable mistakes as "not actually mistakes at all" by twisting themselves into pretzels

I care that he is a fucking buffoon. Not that he makes mistakes so much as he thinks he doesn't. Not just that he doesn't think he makes them, but he doesn't believe he ever WILL make them either because he truly, ardently believes that it is impossible he ever could. Ignorance is not a moral failing or a crime or even by itself a judgement of value. Clinging to ignorance and defending it IS. And while I might be a little nervous about a world leader who clearly didn't know some pretty basic stuff, even still I could be comforted if they had the humility to know that, and surrounded themselves with expert advisors who they respected and listened to. THAT AIN'T TRUMP. Not only does Trump embarrassingly not know basic things but he THINKS he does. Not only does he not know things, but he doesn't check in with the people who do––nor would he listen to them if they said something he didn't like. Not only does he not know things, but he regularly ACTIVELY MOCKS the very institutions that try to keep people informed and ATTACKS the individuals who point out that he is in error.

So you go ahead and climb up on that cross and tell us that we're all a bunch of look-for-anything-to-complain-about meanie mean heads being elitist about geography. Frankly, not knowing what the real issue is, but THINKING you do, fits in pretty nicely with the motif.

Email ThisBlogThis!Share to TwitterShare to FacebookShare to Pinterest
Labels: Trump