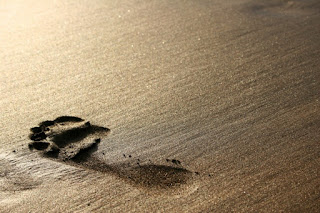 So I'm trying something a little different here.

I'm writing two posts about the same thing. Not a two-part post (I do those all the time), but rather a two facet analysis of the same event. One is this one here: a personal, "navel gazing" post about a difficult situation and how I'm dealing with it. The other part I will put on Writing About Writing: a breakdown of the same event but from a different perspective having to do with my proximity to my writing career and a place at the outer edge of fame that is beginning to become more and more familiar.

[In case you're just tuning in, I'm not monogamous. That's going to help contextualize some things that might otherwise be confusing about this story.]


A few years back, I had a terrible break up. And while I've had deep and incredibly meaningful relationships since then, I spent quite a long time carefully avoiding anything too serious. Honestly, I spent some time in therapy wondering if I was broken because all my relationships involved folks who were married, were half a continent away, or both. But after a while I processed through enough of my shit and got over the hurt and learned to be with myself. And I was ready to date again.

Let me rephrase that. I was ready to have a relationship again, and I really didn't want to date. I love going on dates with people I care about, but the interview process is phenomenally uncomfortable and I get awkward. Plus....there's that horrible initial phase you have to go through where it's like you're the clay pigeon in skeet shooting. With a lot of people, they say "Pull," you put yourself out there, and as soon as they get a good look at you, they shoot you down. It's not super great for the self-esteem. And when you're coded guy in our society, you're a lot more likely to be the clay pigeon. 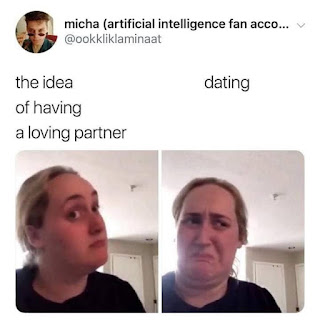 Buuuuuuut that's life, right? It takes a special type to be able to announce their availability to the world and passively be inundated with a stack of resumes. So I signed up for OKCupid and took my lumps. I went on a couple of disastrous dates, chatted with several high matches who stopped replying without a word. I went through the motions.

Then Shelter-In-Place started. Technically, that account is still active. And technically, I'm still open to the possibility of something falling in my lap (so to speak), but one thing kind of tangential to this story is that I decided to put all this effort and rejection and emotional energy on the shelf for a year. If no one has shown up at my door and said, "I am for you, Chris Brecheen" by next May, I'll get back out there, but for now I've decided to funnel my energy into other parts of my life. The timing sucks, since I really WAS starting to get lonely on Friday nights and feeling ready for something more serious. And now I'm Sh.I.P.ing alone when I much would have preferred to be stuck in here with someone wonderful and kissable, but they don't let me schedule the pandemics so.....

Anyway, for various reasons (mostly having to do with maintaining a high-profile public persona), I still get a lot of attention online even though I'm not trying to make a connection. And while I try to get to KNOW people first so that I'm not exploiting a power differential, I can still be kind of a "How YOU doin?'" target when people are feeling a certain way. (I also don't discourage people from flirting shamelessly with me because who knows what might happen.)

The problem is, this sort of attention is often kind of ephemeral. And my heart has been getting its ass kicked. I get soft-ghosted a lot––that's when the person doesn't block or unfriend you or anything and might even reply if you say hi, but they are clearly NO LONGER INTO YOU. The daily chats and steamy selfies are over. I don't like to assign motive, but people flirt shamelessly with a kinda, sorta semi-famous writer for a lot of reasons. I've had folks who slid into my inbox when they were lonely and then "soft-ghosted" when they got asked out by someone in their area code. I've had people tell me they were non-monogamous and then hubby found the chat open one day and maybe not so much. ("Oops.") One time I was the "symptom" of a broken marriage. I'm glad she and her husband fixed their shit and have a better relationship now, but the fact that it was the trip we were scheduling to see each other, after MONTHS of chatting, that led him to realize there was a problem.....that she was lying (to BOTH of us) and planning on cheating....well it sort of sucked on my end. I've had people establish long-distance relationships with me when they were lonely and needed a self-esteem boost who just stopped replying when they found someone local...who happened to be kind of the jealous type. I've had people come at me at WARP NINE with "I want YOU!" energy, and everything was going absolutely great, then stop one day without the slightest warning or explanation.

Sometimes I find out later what happened. Usually though, I'm just left to wonder and feel a little bit like the clay pigeon. This has been my reality for a few years now.

Everyone gets their heart Riverdanced on, especially during that initial bullshit period of dating. That's just the way the cliché crumbles. But sometimes having an online life and a high-profile public persona can put the ol' blood pumper out there for a little extra stomping. Add in the OKCupid stuff, and....yikes, it sure is tough. I didn't want to get jaded and start treating genuine people in shitty ways. Particularly if the only thing they could really be accused of is a well intended dabble really only flawed by emotions that hadn't been fully unpacked. (I mean I'm actually the weird one for doing hours of introspection and writing out my feelings to process.) Still....it fucking HURTS, and I didn't want to keep opening myself up to be hurt over and over.

But I recently WAS able to use my fabulous set of hard-earned therapy tools to craft a solution. It was kind of cool because that's the goal, right? You don't just want to work out solutions to the problems you have. You want to be able to solve new ones as they come up with the same set of guidelines. (Like taking care of your heart.) I mean it's not exactly free and accessible here in the US, so it's nice to have something to show for the four years and twenty grand.

So I thought about ways to engage people who were doing the WARP NINE approach in ways that took my own feelings into account but didn't shut down those feelings either. To enjoy the attention RIGHT NOW without expectation or presumption. To enjoy the exchange without putting up walls and hiding myself away, but also without exposing myself to the hurt of yet another ephemeral pass. To just be fully present in that moment without cynicism or naivety. Well....maybe a LITTLE bit of cynicism because you kind of can't take folks completely at their word––not that they're lying, per se, but you have to sort of keep a heavy dose of "they meant it at the time," on standby.

And it worked! Someone slid into my PMs, dropped all number of salacious ideas (and pictures), and broke the just-flirting barrier at Mach 3. We even started talking tentative scheduling for some possible future rendezvous. I had fun. I enjoyed the moment. I told myself not to get carried away. I took it for what it was and not a particle more. I enjoyed the shit out of it and never considered for a moment that it was going anywhere. Three days later a nurse hit on her in meatspace and within a week I was getting the call: "It just felt so right. I have to see where this is going."

Fortunately, I was okay. It didn't feel great. I wouldn't want to do it three times a week. But it didn't hurt the way it did when I put all my weight down on the soon-to-be-pulled-out rug. I didn't wonder what was wrong with me or fling myself into a pillow regretting that I ever opened my heart to love. It just became a nice moment––a beat that was as over as soon as it began.

[I think writers in the public eye, or really any artist or entertainer who has a public profile, has a particular dimension of this to navigate. I'll write about that in my other blog.]
at July 24, 2020