Sometimes The Only Way Out……SUCKS! 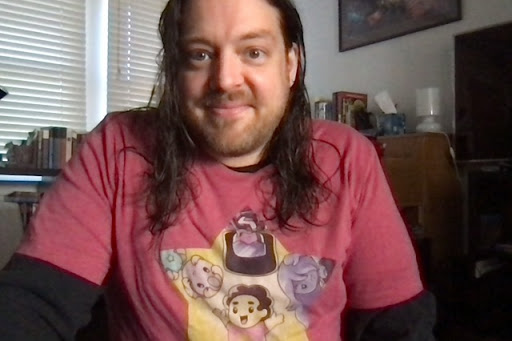 [CN: Self-harm—although a socially acceptable form of it]

One of the things I worked on in my many years of therapy was the fact that I was using workaholism as a socially acceptable form of self-harm. It's practically a badge of honor in our culture to be so busy that you can't think, can't slow down, can't breathe, can't….process, can't…….deal with your emotions. ("You worked 50 hours?" "Well I worked 60!" "Well I worked 70-80?") Some careers even haze interns based on this sort of thing.

You are always a step behind. You're always adrenaline rushing from crashing deadlines and external obligations.It hurts in just the right way. (It also leads to heart disease and a host of other health problems so it can be just as destructive in the long-term as the kinds that will alarm people.)

And when I walked into therapy one day and said, "I want to stop being ever more adept at understanding, explaining.…DESCRIBING my issues. I get that my childhood was formative, and others' narcissism has shaped me in maladaptive ways. Now I want to get better".... When I did that, the fact that I was working myself to a pulp was one of the things we worked on.

And I got better. (Ironically, one of my last sessions involved a commitment that I would fully drop the side hustle that was PAYING for the therapy, and I would not turn around and pick up another.)

I learned to watch my behavior. I learned to pay attention when I was taking on work in a destructive way. I learned to say no, even though I hated it, to clients when I was stretched thin. I committed to down time. I would force myself to go to movies. There was a time of the day I would stop working (even if I didn't feel done). I did budgets to show myself I had enough income to stop pet sitting and taking on every freelance writing gig that came along. I sent emails to all but a tiny handful of my clients (the ones with the coolest houses or the best tippers) saying that I was hanging up my leash and catnip. I would enjoy HOURS to myself. I could never turn off completely, but I learned to turn DOWN that little voice that said I was never doing “enough." Down enough that I started to enjoy a whole new life.

And then the pandemic came. And the Faustian deal became clear.

And if you know something of the psychology there, you know I didn't just see this as a busy time. The "Oholic" part kicked in. The fear that everything I'd learned to walk away from could never be "controlled" in the way I was hoping to control it, and I would fall back into self-destructive habits. And maybe this time I wouldn't be able to crawl back out. It would feel too good to chase that rush again.

Writing professionally is a needle-thread. And when people ask me how I do it, I am brutally honest about the long hours and short weekends. I do not think I would be a working writer if I took off every time I had a bad day, was overwhelmed, or "didn't feel it." If I worked some never-more-than-40-hour week during the pandemic, once I factored in the nannying, I'd have even less to show for the last year than I do now. When people tell me to "screw productivity as a capitalist concept,” I have to take it with a grain of salt because I'M my own boss—or more accurately about 350+ patrons are my bosses—and just not working can also mean "screw your income, Chris" really really quickly. And I hate to tell them this, but I don't think many of the folks campaigning so hard for permission to write LESS have the dedication they're going to need to achieve the dreams they nurture.

But, of course, writers are human, and humans actually become LESS productive as they overwork. And walking that line between persistence, tenacity, and purpose vs. obsession, stubbornness, and addiction is basically THE artist's cliché because it's so common. Can you be one of the very best at anything (ever), without being just a little bit consumed?

And so for me, the last 13 months have felt like trying to balance leaning back in a chair on two legs. Too far one way and I was barely writing. Too far the other....and I would fall back into that maelstrom of self-destruction.

Our story has a happy ending. The intrepid hero walks the knife's edge of seductive self-destruction but never falls in. They go the distance but do not lose themselves. There are weeks off (sometimes a dental or medical appointment is scheduled more for the quarantine afterward). Sundays are for Dungeons and Dragons no matter how badly writing is going. And as the vaccine promises an end to the untenable hours, the hero finds they have not lost themselves to the struggle but are "oh-so-holy-shit-yes" ready to lay down their burdens.

Hopefully, this is the last time I have to go Shane on a situation and whip out the ol' horrifying ability to kick ass, but in some ways, it's sort of nice to know it's there. If I can step up for 13 months, I know I have a month under tough book deadline or ONE 80-hour week in me.

But also....it's really nice to look forward to twenty-four days from now….when I won't have to.