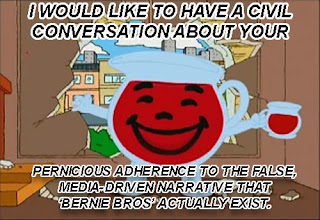 We're jumping in straight from Part 1, so if you need an introduction, head over there. As a reminder, this is the last thing I'm writing TO Sanders supporters before I BECOME a Sanders supporter, and I hope it is taken as the loving advice it is: