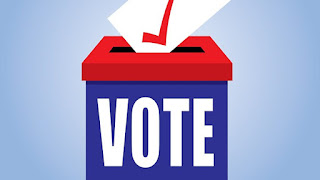 In 2016 a group of Sanders supporters whose existence I have been assured was thoroughly debunked somehow, despite this lack of existence, still managed to be a part of my lived experience when I discussed politics on social media, and made that SO unpleasant for me that I found I had a mild PTSD reaction heading into the 2020 primaries. Knowing that Russian psyops hadn't been addressed and would be exacerbating (legitimate) divisions on the left, and that everything would be the same or worse, I just wasn't ready to burn bridges and friendships again.

I couldn't deal. I wouldn't deal. I refused to name names––especially months early. I called out sexist double standards, pointed to some bad behavior (usually in the vaguest of terms though that was not always possible), and most people paying attention probably know where my vote is going, but I have been remarkably tight lipped....for me.

But now we're here. Tomorrow is my primary. So I'm going to talk about it for just a moment.

Tomorrow, after I have lunch with a friend and they give me a massage (as their contribution to my move since they're no good at lifting heavy things), I will go back to Lafayette (as switching my registration wasn't an option for this election), and cast my vote for Elizabeth Warren. 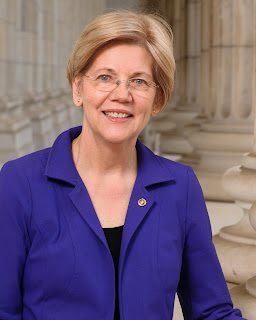 She's smart. She's capable. And she has a plan.

(Dear god....she might be a cylon. Well, if so, I for one welcome our new cylon overlords.)

She's not perfect. She's not aligned with my progressiveness. She's to the right of me, honestly. But when I look at the "supply/demand" curve of liberalism and pragmatism, she is the vote I can cast without a major moral objection and without thinking that it's just an idealistic protest vote against a corrupt system with little or no actual praxis.

I like Sanders' idealism more, and my politics align more closely with his vision, but he has a number of issues (which drive his supporters to rage when I mention, but today's the day). He boils every social problem down to financial inequality, and frankly sexism, racism, and transantagonism are their own issues and must be dealt with in their own ways. Warren gets a lot of key endorsements from these groups or ranks higher on their ratings (almost always because she has outlined something more pragmatic than "We're going to fix it! Starting with jobs.....") Sanders isn't particularly clear on matters of policy. I agree with where he wants to go, but he's a little vague on how we would get there. Warren has less lofty ambitions, but everything she wants to do is planned out, paid for, signed, sealed, and delivered. She wants universal childcare, student loan debt forgiveness, free education, but unlike Sanders, she has already laid out policy plans for how she's going to pay for these things.

Sanders seems to think that only insurance companies and banks oppose his vision of European Democratic Socialism [and I want to make it 178% crystal clear that I would FUCKING LOVE Democratic Socialism] but I think he's vastly overestimating how the effort to win hearts and minds is going. It's fine to get mad at everyone who doesn't already agree with you and call them "bootlickers" or whatever, but you can't govern if you don't win. If the labor class in the US hasn't been won over to your way of thinking, your "revolution" is going to look a lot like 30% of the Democratic party (which is about 10% of the voting electorate, bee tee dubs) getting really salty on social media.

Save your guillotine money for chips and dip. What we really need is a few more mixers.

We don't have the kind of government where we get to say, "I'm going to do this TO you, and trust me that you'll end up liking it." (I mean we DO, but we're not supposed to, and in today's landscape, it's never going to be the left who gets away with that.) Besides, anyone who gets that job in 2021 is going to spend 3/4 of their first term just cleaning up messes. Warren seems like she would be fucking GREAT at repairing what has been intentionally broken!

I think Sanders would make a fabulous V.P. Just spectacular!!! He would be out there doing what he does best––uncompromising grumpy yelling in support of a left-moving policy and convincing people that an even LEFTer agenda will make their lives better. He would be a great support whipper-upper! I don't want Sanders hunched over some impossible decision that no one should have to make and realizing that he can't just MAKE the country be Democratic Socialists. I don't want him quagmired in the minutiae of a budget that HAS to have appropriations or it won't get passed. And I don't really feel like he would do much to undo the rhetorical divide of Trump. I feel like he's just the uncompromising populist on OUR side. Warren, I can see out there selling her ideas with some "I feel your pain"/"Yes we can!" mojo, a bit of give and take to Get Er' Done, and the hard numbers that could even bring some of those swing voters around.

And do I need to talk about the ways in which Sanders has demonstrated lack of robust leadership with his inability to curb certain......behaviors in his followers, that––while I have been assured they were debunked and do not exist––have caused every single other candidate's supporters to single his supporters out by name as being particularly awful? Including me. No? Good. I swear I voted for Sanders in 2016, and the behavior of his supporters made me have a bad taste in my mouth about it by the end. Particularly the sexist double standards which have continued into the current primary.

Now that the field is down to a progressive, a left-leaning moderate, and a "centrist" (which in this country means a very right-leaning moderate), the narrative has shifted to the idea that Warren should drop out and let the war of DNC ideologies duke it out. (PS- Centrists would win that one, I'm afraid, if for no other reason than they will donate and will show up more than every four years.) But it sure is hard not to notice that a WHOLE lot of Bernie supporters are making suggestions to Warren that they did not like being made to Bernie in 2016.


I suspect Warren is far too smart to drop out before Super Tuesday. Bernie needs 1933 delegates to win. Biden needs 1937. Warren needs 1983. This is not a two-person race. 46 states have yet to vote (or roughly 92% of the country), and I think unless she were getting single digits, she would stick around on the principle of democracy.  If progressives seize the soul of the Democratic party, I think she's just the tiniest bit more agreeable to both the establishment Dems (and, in the general, to the country) than a guy who says he's a socialist (except when he's assuring people that Democratic socialism isn't *REALLY* socialism), is prideful that he's not a Democrat (except every four years when he is), and says some things about communism and a few world leaders that (while I don't necessarily completely disagree with the ACTUAL point being made) are big no-no's in the world of US politics.

If Sanders takes the nomination, I will fight hard for him (he'll need it). But not tomorrow, my friends.

I have a very hard time imagining that Warren can't see a clear shot to the nomination from just where she is. And since I lack a sword, a bow, or an axe, tomorrow, she'll have my quill.