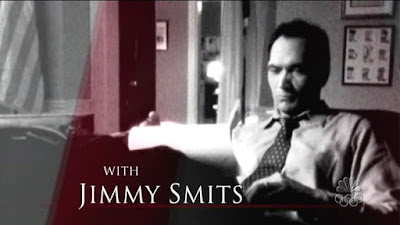 I love The West Wing.

But I always had trouble past Season 4 when Sorkin left the show. The writing took a nosedive and the plots became much more embroiled in personal drama (which is easier to write about) than the politics (which requires more finesse). A couple of years back, I finally decided once and for all to finish the whole show’s run, even if it was only the one time. (It was.)

In particular, I remember watching the episode that is basically a staged debate. The entire episode is the debate, and my understanding is that the actors had to actually learn that shit cold because they filmed it like a debate in basically one take in front of a real audience.

That’s pretty cool, but here’s what I remember: in the end they had the "two different theories of government" speech that distills the difference between the left and the right to free markets vs. regulation and lower taxes vs. a bigger safety net.

I've heard this speech before. You've probably heard it too. I've heard it from Mitt Romney and John McCain as well as Obama.

I certainly don't think we were young and innocent back when The West Wing was wrapping up its final season, and the DNC absolutely hasn't expunged its own form of leftist bigotry–even if it more typically is followed by "How is that racist/sexist/homophobic/transphobic?" rather than "I'm sorry, but that's just what I think."

But that whole “different theories” thing is the civility politics version of “our differences.” It is the "gentleman's perspective" of politics. It is the idea that just a few small differences in the role of government separate us, and it’s certainly nothing worth losing a friend across the aisle over. It’s this idea that when you leave the purview of those whose taxes might only go up or down by a few percent or who may have to install a new piece of safe or environmental equipment that they wouldn't have bothered with UNLESS there was a law…we’re really mostly the same.

But it’s not true. Once you get past the brandy snifter and monocle argument among white men of "different ideas about the role of government..." it's hard to ignore that conservatives are (and have been for some time) aggressively pursuing legislation that causes direct, measurable harm to folks that have been pushed to the margins of society. And every once in a while, someone forgets the obfuscating party line and just comes out and says it.