There Will Be No Bridge 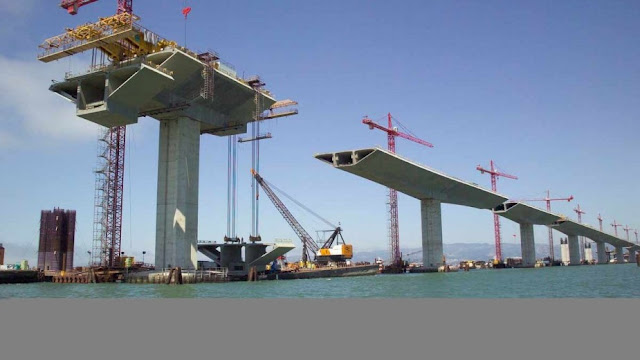 I know they want all this nuance and these bridges built, but all I consistently see––outside of the few people who know how to stick to those erudite talking points when a camera is in their face––is an entire wing of US politics throwing a tantrum because it's been asked to respect human dignity for someone other than them.

They are SO angry that they can't just make fun of trans folks, or just repeat the word "immigration" enough times and not have their solution of a concentration camp for brown kids on the southern border given a pass as being a tough but necessary decision, and not in the least bit racist....how dare you even insinuate such a thing. They are SO incensed that naked displays of racism, sexism, transphobia, and homophobia have consequences beyond a few gasps at a party and a knowing look from the guy across the table, or that the double standards they've taken for granted are so much as being DESCRIBED by the people on the shit end of them. They are SO infuriated that women have the temerity to define behavior that is unacceptable and that makes them feel unsafe and disrespected and can no longer blow off up to and including sexual assault (for reasons––always for reasons).

More than any policy or platform, this hatred unites them. They hate "social justice," "PC culture," and us "libt*rds with our identity politics" (a clever way of saying that any issue not brought up BY cishet white men FOR cishet white men is beneath them). They want their bigotry-adjacent rhetoric legitimized and exculpated as "economic anxieties" (as if no one on the left is economically anxious or left wing policies aren't trying to improve the economic situations of poor people by doing things like raising minimum wage, taking care of healthcare since it's the number one cause of bankruptcy, or passing massive infrastructure jobs packages). As if excusing someone's naked racism because that person might be doling you out some money isn't itself kind of racist...how dare you even insinuate such a thing. But then they turn around and cozy up to and/or become white nationalists, supremacists, and literal Nazis when the rubber hits the road. And they put increasingly zealous support behind a leader who will say aloud all the things they've been quietly, conspicuously, guiltily keeping to themselves at the office parties. The absolute fury they have at being called out is a more cohesive glue for their politics than the special rust belt manufacturing renaissance that was promised just for them or that tax cut that turned out to be for corporations and the 1% or even a health care reform that doesn't shoot themselves in the foot.

And so they've become cartoonish in their reactionary swing. Hateful. Cruel for cruelty's sake. Practically daring anyone to stop them. They disenfranchise voters change the democratic bylaws in one naked power grab after another. And they have embraced ever the persecuted victim when their behavior is anything but lauded (like standing in the middle of 37 indictments, convictions, guilty pleas, an emoluments nightmare, periods of "private chats" with Putin, and verified Russian interference that were cheered on by the President of the United States, and instead of intellectually grasping why that might have looked bad, they demanded apologies and started talking treason). They slash budgets because "fuck you, that's why." And their ideology is one tissue-paper-thin rationelle away from being right on the surface all the time these days. Skim off one layer of slick-ass talking heads who know to wear a suit and tie and avoid saying "those people," and their bigotry is all right there in a boiling cauldron that is powering right wing political will right now.

That is why there is no careful examination of nuance. It is just the nuance of bigotry and we've had quite enough of that. That is why no one is building those bridges. They are bridges only to the very worst of human nature.
at August 10, 2019