When You're a Little TOO Good With Money (Personal Update) 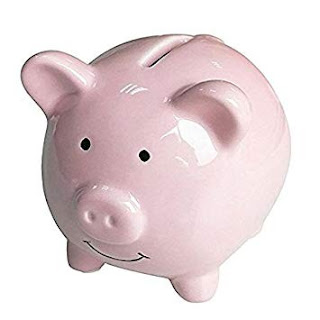 [This might look like an appeals post, but it's really just a personal update that happens to have a reminder at the end that I'm tacking on EVERY post these days until either taxes hit or I've reached the amount I'm trying to raise.]

One of the things I've been working at in therapy is being less awesome with money.

No, you didn't read that wrong.

I'm good with money––really good. I'm not saying I have a lot OF it, just that I'm really good with what I have. I got into some trouble with credit in my twenties, used what amounted to probably most of my inheritance to get out of it, and never looked back. These days I stretch a dollar like a taffy machine. I can make less than $20k and still save hundreds a month.

But honestly, I'm not exactly bragging. There's some bad juju magumbo here–– baggage from the before time. I'm "good" with money because I'm a little fucking weird about it. I put money into mental boxes and pretend it doesn't exist and then start chewing the walls if something reminds me. I get anxious when my spending money is gone even when I have a huge savings because the savings is not for spending. (It's for saving!) I have all these boxes in my head: retirement, savings, rainy day, travel/vacation, book publishing costs, discretionary income, bills budget. For a guy with three account types, you'd think I actually had about a dozen. 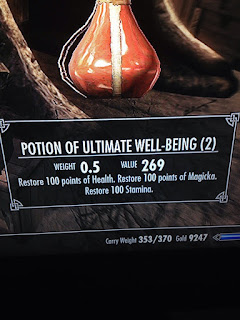 You know that video game meme about how some people save all their most powerful items since there might be a worse fight coming, but then they end the game with like 15 heal-all potions because they never used them because they were always worried about something worse coming? That's me with money. (Also with video games.)

And by the way, I know some of you overlap "friends" and "patrons," so I want everyone to know that when you see me fretting about money, I'm probably only worried about chewing through the Entirely Discretionary Budget™, and I'm nowhere near broke.

My mom did the whole allowance thing when I was growing up so I could learn how to manage money (I remember when it went from $5/week to $50 a month and I felt like a complete baller. #moneybags), but then she kind of did a classical controller move and wouldn't allow me to fuck up. ("Isn't this MY allowance?" "Yes, and you're going to put at least half of it in the bank." "Why not just not give it to me then?" "How else will I force you to make good decisions?") To this day I can hear her voice when I want to spend money on myself. ("Oooookaaaaaaaay" in a way that makes it clear it isn't.) I learned good lessons that, as an adult, I cherish––especially since I've spent most of my life on a budget that shoestrings think is pretty....robust.

However, I often swing too far the other way––I have a hard time spending money on myself until I've matched the cost of something into savings or until I've done some other ritualistic thing to have "earned" it. I spend months talking myself into anything that costs triple digits.

Now toss this jangle of quirks and nerves into not one, but THREE jobs (nanny, pet sitting, writer) with no actual stable income (as well as things like paying taxes as a freelancer), and you can imagine how circumspect I tend to be. One of the things I'm trying to learn to do in therapy is work on tools to track trending lines, monthly minimums, and find a Goldilocks zone that isn't quite so guarded. Not that I need to be spending money like it's burning a hole in my pocket, but double checking my budget before I pick up a paperback is probably a bit too vigilant.

Like most things in therapy it's a process. Understanding it intellectually and being able to ignore mom's disembodied head making that judgy moue like I'm in a seventies movie flashback are two different things.

Note: I am still trying to cover my 2019 taxes and an expensive repair on my laptop. ($330 to go.) While I love ongoing patrons, if you've got a couple of bucks and have ever thought that you'd like to slide me something for entertaining you for so long (on my more established blogs, of course, like Writing About Writing––obviously most people here for the first time have only gotten a couple of posts), right now would be an excellent time for that one-time donation. paypal.me/WritingAboutWriting
at August 10, 2019