There Would Still Be Commerce 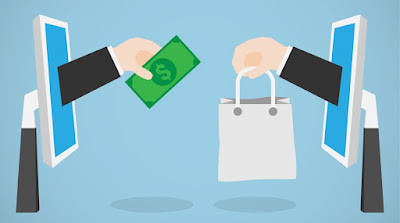 Whenever someone tries to describe socialism (even democratic socialism or Scandinavian socialism, or really any situation where the slider is moved at all from Absolute Predatory Corporate Advanced Capitalism), the "counterpoint" to such anticapitalist (or even maybenotsomuchcapitalist) thought seems to have to do with still wanting to go to Disneyland and buy iPods.

So let's get something straight. No system in the world is pure capitalist or pure socialist. Even in the US, which is pretty unflinchingly, unapologetically capitalist, we have roads and state militias and social security and public schools. And on the other end of the scale, even countries with an actual left wing like France and even the far left like Finland and The Netherlands have iPods.

The confusion here seems to be conflating capitalism and commerce.

There would still be COMMERCE under any other system. That's something we have to have since we have a division of labor. You could still go make money by spending a day driving for Lyft and save up to take a vacation in Florida. The fact that you have trouble imagining it, is absolutely a feature not a bug. Capitalists really, REALLY don't want you to realize that you don't actually have to choose between iPods and a colorless gruel that there is never enough of.

A lot of current non-capitalistic models simply suggest that "equity" means that every human being is entitled AS a human being to having their needs taken care of even if they don't sell their labor for hours a week in order to "earn" the basics to survive, and that the means of production would not be in the hands of a class that benefits exclusively from the labor of others. The Marxist model needn't be the only model, and many suggest simply a maximum disparity between what a "grunt" worker and a CEO could make.

Capitalism is essentially a massive, society-wide pyramid scheme in which EFFECTIVELY no one will ever move up more than a couple of rungs, and the bottom rung of which requires a permanent underclass of exploitable, virtually-free labor. The top half of this pyramid is composed of eight humans––they own as much as all the rest of the world combined. The middle rungs consists of people that have been duped into participating by the promise that something other than the circumstances of their birth will have a big impact on their ability to climb this pyramid a few ranks.

And just like Mary Kay and Amway, when people start to realize how hard they have to work to keep the top of the pyramid scheme flush, it doesn't look so awesome.
at August 10, 2019

Email ThisBlogThis!Share to TwitterShare to FacebookShare to Pinterest
Labels: Socialism