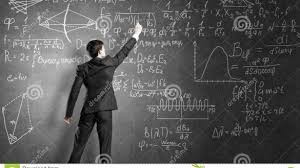 If I were running a lesson on sexism in literature, I wouldn't tell my students that's what I was doing. I would just quiz them to see how many examples they could think of of X (like a woman's body being violated in some way within a literary work). [Naturally I would CN this for students it might upset.]

I would turn it into a competition between them.

Try to catch em all!

The board would fill with HUNDREDS of examples––thousands maybe. They would be crawling over each other to prove their superior knowledge and literary prowess. We could break them up into categories of egregiousness. They would press to have uncommon interpretations (for example of unwelcome touches) count as an example, and make their case for why it fits. They would come up with arcane examples. They would claim all authors do it a little. They would surreptitiously Google things they'd never even read on their phones and laptops to look smarter. They would show their knowledge off like peacocks.

I would use their greatest weakness--the need to be RIGHT--against them.

THEN I would spring the trap.

I would explain the trope. I would explain that it is ubiquitous. And it would be far, far too late for their competitive asses to pretend that I had just "cherry picked a few examples."
at August 10, 2019

Email ThisBlogThis!Share to TwitterShare to FacebookShare to Pinterest
Labels: Sexism